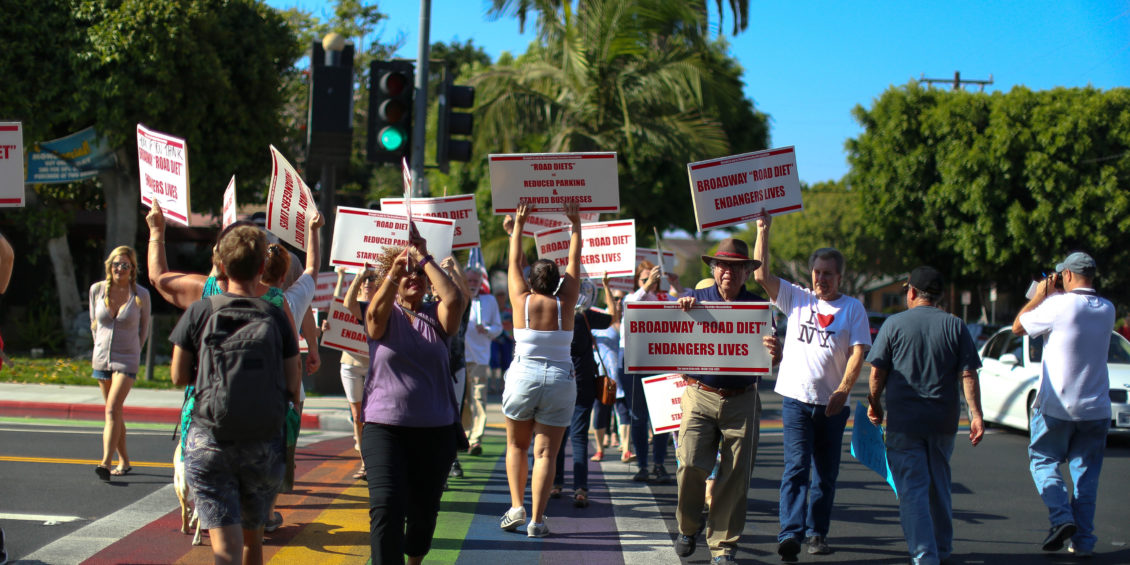 The Broadway Corridor catastrophe was the final straw that broke the camel’s back which compelled me to run for City Council and unseat Jeannine Pearce. Not because I am personally particularly impacted by the narrow lanes, increased traffic, or lack of parking; I work from my home office and drive my moped around if I need to go anywhere nearby. The Broadway reconfiguration pushed me into the 2020 race because it is a perfect exemplification in a nutshell of the problems I have with our council office, and government at large in the way that it commonly operates today. According to LBPD data, since the completion of the ‘road diet’ at the end of April, we have seen the rate of traffic collisions more than double. As reported by the Long Beach Post, the 5 year average of accidents for mid-April to the end of June is 11. This year for that same period of time, we have seen 22 traffic collisions recorded by police. LBPD agrees that this is not the full story, as many accidents do not go reported to the police. At this time, I have collected affidavits for eyewitness accounts for over 60 unique accidents and delivered them to LBPD. The location and descriptions of the accidents have been published as an interactive map. People are welcome to disagree with me or my methods, or even disagree with the experiences of your neighbors, but to disagree with this data is akin to sticking one’s head in the proverbial sand.

Our Councilwoman failed to be proactive when residents told her that there was a dramatic increase in traffic collisions and incidents. Instead, she chose to use cherry-picked data in an attempt to refute the lived experiences of her constituents, and brush them aside as irrelevant. She only chose to act when she saw the development of a vocal, viable opposition, and she realized her job was on the line. Now that the LBPD has fulfilled our public records request, we know that the collective intuition of neighbors was more prescient than approximated predictor mathematical models. I was jeered and hissed at when I reported the experiences of my neighbors, but we have been proved right. Councilwoman Pearce’s infamous absentee style office is well known to any 2nd District resident who has ever tried to call her office. The failure of the City to appropriately engage the public and conduct real, conscientious outreach, is a continual source of dissatisfaction for Long Beach citizens. And the subsequent lethargic response to resident outcry regarding Broadway has, instead of instilling a sense of confidence to our district, has rather, produced in the community a great deal of angst. We will never “get it right the first time,” if city officials refuse to conduct appropriate outreach or make themselves available to work in conjunction with the people that they were elected to represent. It has been claimed that there was outreach done for the Broadway reconfiguration. In Long Beach, outreach usually refers to poorly advertised sessions in which city officials tell you what they’re going to do, while desperately trying to gaslight you that their predetermined plan was actually your idea. How else do the outcomes of these sessions always conform to the principles of initiatives such as Vision Zero?

The facts from LBPD are indicative of a serious problem on Broadway. But the inadequate and almost hostile response to the community from our Council Office is indicative of a more subtle and pervasive problem with the way our District is run. An inaccessible office is a good way to depress the volunteer and participatory spirit that Long Beach is known for. We must rout this culture of neglectful opportunism out of our District, and out of Long Beach. Here is how I will do that:

The citizens of Long Beach deserve a representative that honors the advice and opinions of individuals within a community, not only when it is politically expedient to do so. I have three decades of putting the values and needs of my community above my own, and volunteering time, energy, and money where it is necessary. The people who know me will vouch for that, and I will bring that attitude to the Office of the 2nd District when I defeat Jeannine Pearce in 2020