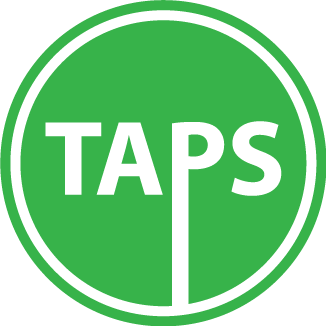 What can we do to get the city to fix our parking?

After 8 years of extensive effort, our answer is you can’t do much until we get some representatives in City Hall who are willing to consider solutions that include cars as well as transit, bikes, and increased density.  The argument, “House people not cars” is a false choice.  A small group at City Hall has been hell-bent on making changes with the goal to force people out of their cars even though there are options that work.  That’s because developers stand to profit and the city can get more property taxes if parking is left out.  Expect these things in other areas of Long Beach, not just Downtown.  To make any progress with parking we need to vote in new City Council members and Mayor.

When you vote this fall for City Council members, don’t vote for those who the Mayor supports.

Check out the Petition to Recall Mayor Garcia (see links below).  Enough signatures will get a recall vote on the ballot.  The petition was started by the Committee Supporting the Recall of Mayor Garcia.  Our experience matches the statements from this group.

For example, the Petition says, “Favoring downtown gentrification and ignoring housing inequities, Garcia gives generous tax breaks, and substantial building contracts to Corporate Development donors. But for the poor, Garcia shows little compassion. He regularly raises their taxes, fines and fees to finance the salary increases and city contracts of his donors.”

That pretty much sums up how the city gutted the professional evaluation and solutions from the parking study, with City Staff concluding only that more enforcement was needed, and then raising the parking fines 3 times to add to the General Fund even though they are actively making parking worse.

While we tried to work with the City, we saw the city staff (with Mayor Garcia’s support) hide records, stonewall, break laws, break their own agreements, and tell the public half-truths or complete lies. We heard the same from other advocates working on other subjects.

Links to the group with the Recall Garcia Petition:

https://www.moveourcity.org/  (the website for the group starting the petition)

https://www.moveourcity.org/copy-of-support  (press articles.  Forthe.org tends to be less one-sided than most of our press.)

https://www.moveourcity.org/the-petition  (online copy of the petition but they’ll need hard copy signatures to make it legal)

https://www.moveourcity.org/copy-of-support-1  (how to have them bring you petitions or how to help.)

This is one small example of the uphill battle against the Mayor’s anti-parking stance.   It’s part of a parking planning firm’s proposal to the city for a parking study that was supposed to evaluate parking and make parking recommendations based on the data.  For “Scope of Project”, it shows a photo of the Metro.  City contracts are lucrative.  In many cases, those proposals leaned heavily toward giving the Mayor what he wanted (like more transit & less parking).

For those who are new to this mess…

How has Robert Garcia harmed parking?

The answer to that question is simply too extensive and convoluted to explain in an email.   We could back up each of these points with details and documents but you’d probably hate it so here’s the short version.

Find out more about Long Beach TAPS at https://www.lbparking.com/