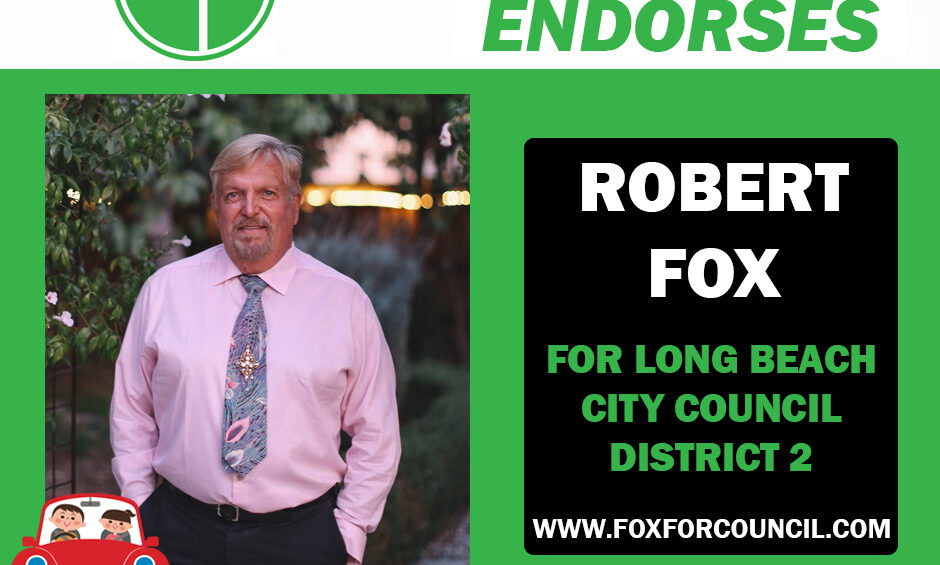 “Vote for better parking when you vote for a City Council member in November!

While some areas aren’t bad yet, City policies are rapidly making parking worse. It’s clear that solutions won’t happen unless our council members are willing to stand up to those at City Hall (like the Mayor) who have shown a strong determination to lower the amount of parking in our city and not be honest with the public about it. We need people who will look at solutions that work in other cities.

While Cindy Allen makes claims about parking during her campaign, we’ve found them to be very uninformed and misleading.

Robert Fox has shown us that he is dedicated to solving the parking crisis and lowering parking tickets in Long Beach. He has studied the parking issues and he met with our parking consultant at length twice. It was obvious to us that Fox’s experience, both with businesses and residents, helped him to understand the complex issues with parking very clearly.”